September 26, 2022
Fall may have just begun, but women’s hockey is getting in on winter, taking the ice over the weekend to start NCAA competition.
College SportsHockey 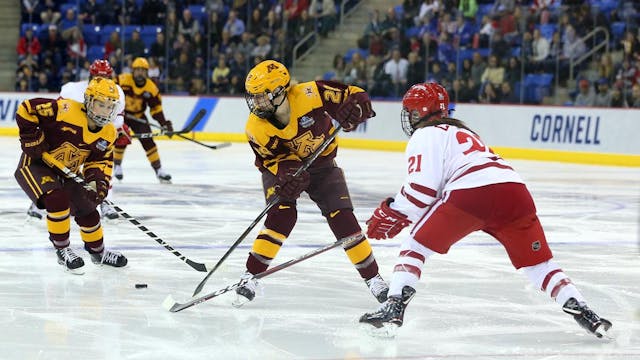 The GIST: Fall may have just begun, but women’s hockey is getting in on winter, taking the ice over the weekend to start NCAA competition. Here’s how it works and who to watch before the season takes off like a barnburner.

The setup: There are 42 Division I women’s ice hockey teams across five hockey-specific conferences — HEA, CHA, ECAC, NEWHA and WCHA — all vying for a shot at the natty. Eleven squads make the single elimination tourney, with four automatically qualifying as conference champions and seven selected by committee.

The favorites: Unsurprisingly, last year’s champs, the Ohio State Buckeyes, glide into this season ranked No. 1, with the No. 2 Minnesota Golden Gophers and the No. 3 Wisconsin Badgers close behind. The Gophers and Badgers are the dynasties to watch, with six nattys each, while the Buckeyes and their shiny first title hope for a repeat.

The action: The puck officially dropped last Thursday, with the No. 14 Penn State Nittany Lions stunning the Badgers 4–1. But revenge is sweet, and Wisconsin pummeled Penn State 9–1 on Friday.