March 18, 2021
NFL silly season (aka free agency) is upon us.
Sports NewsFootball 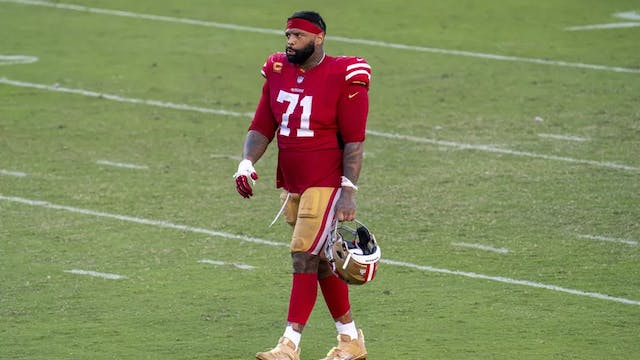 The GIST: With half a year to go ’til the opening kickoff, it’s primetime for off-season wheelings and dealings. And while there’s no way we can go through them all, here are a few standouts.

Big spenders: The San Francisco 49ers made a Cardi B-inspired giant money move this week, signing offensive tackle (OT) Trent Williams to a six-year, $138.06-million deal that makes him the highest-paid OT in NFL history. Should just about cover rent for a two-bedroom in SF.

Quantity over quality: The Jacksonville Jaguars did not have a great 2020 (and really, who did?), so they’re bringing in a lot of new personnel to make 2021 better. The issue? Not enough game changers.

Quantity and quality: Okay, New England Patriots, we see you. The Pats have already signed or re-signed over a dozen players, making them one of the busiest teams this offseason, and their pick-ups, so far, have been pretty solid.

The other news: As Houston Texans QB Deshaun Watson continues to look for a trade, he’s also dealing with some serious off-field allegations. Over the past two days, two massage therapists filed sexual assault lawsuits against Watson, and the details are pretty disgusting.