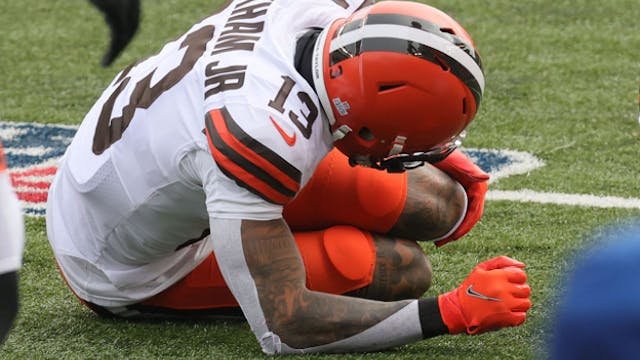 Care to explain?: To start, Antonio Brown is about to return to the NFL. We can only scratch the surface on his long list of off-field drama, but suffice it to say, he’s had a troublesome few years. His history — which includes an ongoing sexual assault lawsuit — apparently isn’t bad enough for the Tampa Bay Buccaneers, however.

What else?: COVID-19 continues to rear its ugly head. Jacksonville Jaguars running back (RB) Ryquell Armstead is out for the rest of the season due to COVID-19 complications. The second-year RB has been hospitalized twice since his diagnosis in August. Just awful.

Wow. Any on-field news?: You bet. Here are a few of Week 7’s lowlights from the gridiron: