Men’s soccer national final between No. 3 Syracuse and No. 13 Indiana

December 12, 2022
While the men’s World Cup won’t be decided until next Sunday, the men’s College Cup will turn on a confetti shower in just a handful of hours.
College SportsSoccer 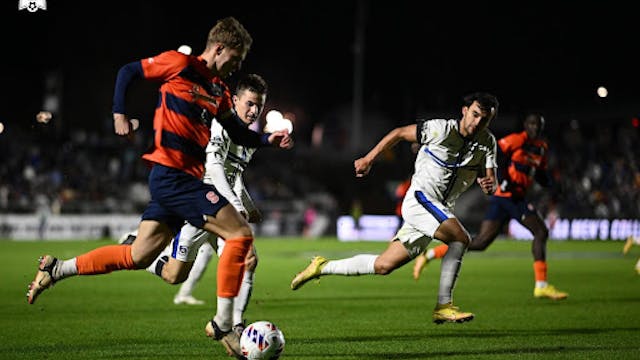 The GIST: While the men’s World Cup won’t be decided until next Sunday, the men’s College Cup will turn on a confetti shower in just a handful of hours. Even though the fellas brought bedlam and upsets to the pitch all season, tonight’s 6 p.m. ET final on ESPNU features two seeded squads: No. 3 Syracuse and No. 13 Indiana.

The newbies: For the first time in program history, the Syracuse Orange will kick it in the NCAA tourney final. The ACC champs scored almost three times as many goals as their opponents this season, earning the ’Cuse a No. 3 seeding. But their road to Cary, NC, has been tight, with the Orange winning each game by just one goal.

The dynasty: Unlike the Orange, No. 13 Indiana find themselves in familiar territory, seeking their ninth title. Fun fact: The Hoosiers knocked out St. Louis in the first round of the tourney, the only other school with more ’ships in its harbor at 10.