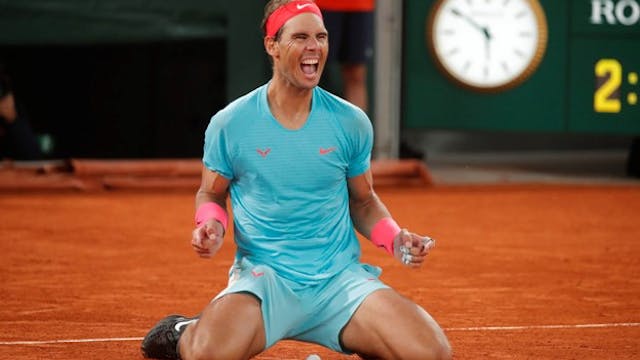 How’d Rafa do it?: Nadal defeated rival Novak Djokovic (pronounced JOKE-OH-VITCH) in straight sets en route to the title, meaning the King of Clay now holds an incredible 100-2 match record at the French Open. The final marked the 56th time Nadal and Djokovic have squared off, an incredible rivalry — but not the greatest in the herstory of the sport.

And on the women’s side?: Newcomer Świątek swept world No. 4 Sofia Kenin in straight sets, making her the first Polish player to ever win a Grand Slam singles title. She’s also the youngest to win the French Open since nine-time Grand Slam champion Monica Seles lifted the trophy in 1992. Pretty good company.