Oh no she better don’t! 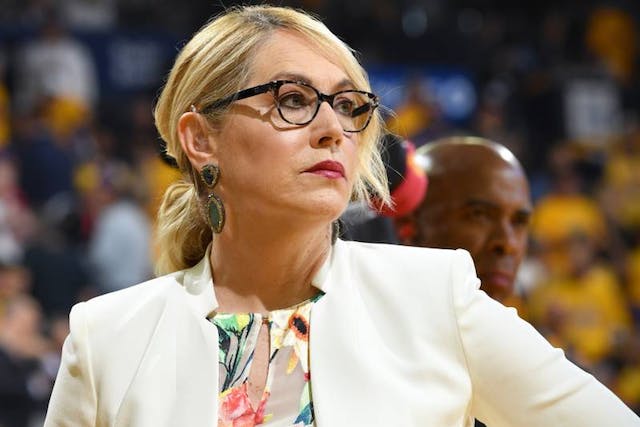 The GIST: The coronavirus has crossed a line in sports. First it came for our players, and then our coaches, managers, arena staff and team owners. But now it has come for our lord and savior NBA analyst and ceiling smasher Doris Burke and we are not okay with it.

Not Doris!: Yes, Doris. During Friday’s episode of The Woj Pod, the ESPN personality revealed that she had tested positive for COVID-19 after falling ill on March 11th. Her symptoms included extreme fatigue and headaches, and she’s been in self-isolation for nearly two weeks.

Do any other sports folk have COVID?: The Colorado Avalanche said on Saturday that a second player has been diagnosed, and the Ottawa Senators’ play-by-play announcer Gord Wilson, who was on a roadtrip with the team when the NHL season was suspended, also tested positive. The owner of the New York Knicks and New York Rangers, James Dolan, has it too.

Awesome. Any more good news?: But of course. Los Angeles Clippers owner Steve Ballmer and his wife Connie Ballmer are pledging $25 million for COVID-19 relief funds as well as vaccine research, despite Ballmer predicting that his team will lose around $10 million during the season suspension. Now this is what we’re talking about!

Yes! Gimme more!: Over in Italy, soccer superstar Cristiano Ronaldo, coach Maurizio Sarri and the rest of the Juventus squad have agreed to give up four months’ wages, allowing the team, which plays in one of the hardest hit areas in the world, to save €90 million. Ronaldo has already donated €1 million to pandemic relief in his home country of Portugal.