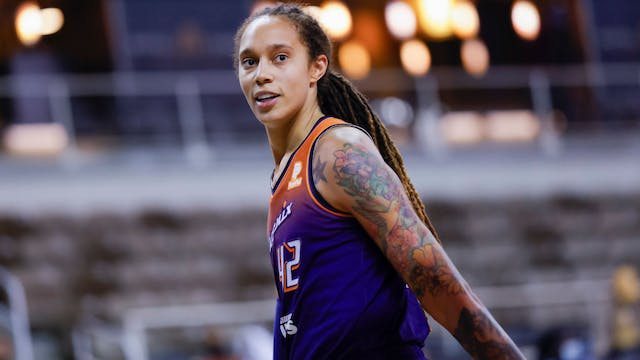 The details: BG was released in a one-for-one exchange for convicted Russian arms dealer Viktor Bout, also known as the “Merchant of Death.” Despite the Biden administration’s efforts to bring both home in the deal, the swap did not include former U.S. Marine Paul Whelan, who has been unjustly detained in Russia for nearly four years after being accused of espionage.

The response: Feelings of joy and relief reverberated throughout the women’s basketball community, the sports world and society at large following news of BG’s release. The WNBA Players Association (WNBPA) wrote, “We, as a Union, have not been whole since February 17th, 2022. But, today, our 144 is complete.”

Looking ahead: There will undoubtedly be desire to hear from BG, and to hopefully see her back out on the court eventually. But the main priority now is her mental health and recovery from this traumatic experience. Today, she is home, and that is what matters most.