Everything you need to know about HBCUs

September 18, 2022
While a few Black universities were founded just prior to the Civil War, the years following the abolishment of slavery saw an HBCU boom in which many of today’s institutions were founded, mostly in the South, including Morehouse College and Alabama State in 1867.
Sports News 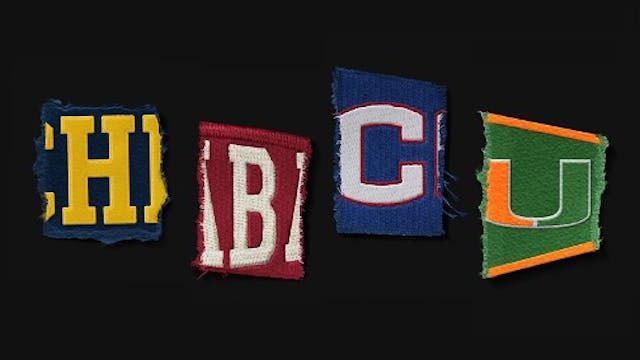 While a few Black universities were founded just prior to the Civil War, the years following the abolishment of slavery saw an HBCU boom in which many of today’s institutions were founded, mostly in the South, including Morehouse College and Alabama State in 1867.

Today, there are 101 HBCUs that educate about 10% of all Black American college students while accounting for only 3% of the nation’s colleges and universities. And in a climate where U.S. undergraduate enrollment is down nearly 10%, HBCU applications rose almost 30% from 2018 to 2021.

Most Northern schools were technically desegregated by the early 1900s, but many Black students — and student-athletes — still preferred HBCUs and the safety from racial harassment they provided.

HBCUs primarily competed in football, basketball and baseball and, while many southern predominantly white institutions (PWIs) refused to play Black teams out of fear of losing to them, HBCU squads were known for excellence — particularly on the gridiron.

Some college athletic departments refused to integrate until well into the 1970s — the SEC didn’t even begin the process until 1967. For many, it was the desire to win, rather than ethics, that finally spurred change.

Long before Title IX was passed in 1972, HBCUs were championing female athletes, who, unsurprisingly, left indelible marks on the sporting world.

Like the aforementioned North Carolina A&T Olympians, HBCU athletes have set standards of excellence beyond collegiate competition, particularly on the football field.

And the excellence extends to the sidelines, with former NFLers on HBCU coaching staffs. Jackson State’s head coach (HC) is two-time Super Bowl champ Deion “Prime Time” Sanders. “Coach Prime” took a team that went 4-8 in 2019 to an 11-2 record in 2021 and nabbed a conference title. Damn.

But it’s not just the men who are blazing trails. This year, Fisk University announced it was creating the first-ever HBCU women’s gymnastics team, inspiring top recruit Morgan Price to decommit from traditional powerhouse Arkansas and flip over to Fisk.

HBCUs are rife with tradition. From the Battle of the Bands to Greek life and step shows, there’s no shortage of energy and excellence.

When it comes to marching bands, HBCUs are second to none. While early U.S. collegiate bands were military in style, HBCUs began to add choreographed dances with upbeat moves in the 1940s, and the bands have only raised the stakes since.

Most U.S. schools have a homecoming weekend, but HBCUs have an entire week. Even Queen Bey paid homage to HBCU homecoming culture in her 2019 documentary and her epic Beychella performance.

Like many U.S. universities, Greek life is an integral part of the HBCU experience. But the “Divine Nine” (Black Greek Letter Organizations) have their own distinct style, most notably on display during step and stroll shows.

The present and the future

HBCUs have molded some of the most prominent Black thinkers and leaders in U.S. history, including Martin Luther King Jr., Oprah Winfrey, Thurgood Marshall, Stacey Abrams and Vice President Kamala Harris. And what’s even more impressive is that these schools did so with a fraction of the funding many PWIs enjoy.

Partially in response to this, the Biden administration delivered over $5 billion to HBCUs during the pandemic, and private philanthropists have also stepped up to the tune of billions of dollars. There’s still a long way to go to achieve equity, but it’s a start.

All of these moves are investments in the future of HBCUs and the students they serve. These institutions are massively important in providing safe spaces for students to learn and play, while continuing and growing their rich culture and traditions. We’ll step to that.