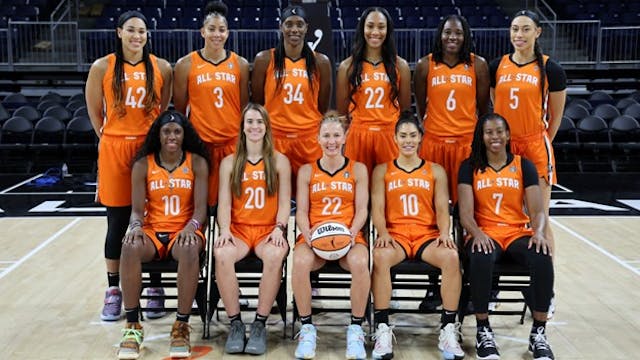 The GIST: From the Chicago Sky’s Allie Quigley winning her record fourth three-point contest, the Las Vegas Aces’ Kelsey Plum dropping a record-tying 30 points en route to All-Star Game (ASG) MVP and the Minnesota Lynx’s Sylvia Fowles dunking in her final ASG — there were plenty of wins in the Windy City during this weekend’s W ASG festivities.

The major storylines: As mentioned, Phoenix Mercury star Brittney Griner was the main focus of the weekend. Griner was named an honorary starter, players changed into jerseys with her name and number at halftime and Chi-Town’s own Chance the Rapper kept the focus on BG during his WNBA-hosted concert.

Second half preview: There’ll be another party when the Sky and Aces duke it out in Chicago for the Commissioner's Cup later this month, but now all eyes are on the playoff push. The defending champion Sky boast the league’s best record and sit atop the Eastern Conference.