Second round of NBA Playoffs set to begin

June 03, 2021
The GIST: The Milwaukee Bucks and Brooklyn Nets have some company in the second round. Welcome to the conference semifinals, Philadelphia 76ers, Atlanta Hawks and Utah Jazz.
Sports NewsBasketball 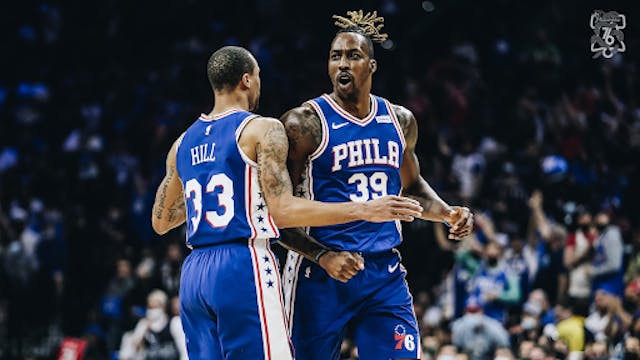 Who’s in, who’s out: Even with star Joel Embiid (pronounced jo-ELL em-BEED) out and “day-to-day” due to a knee injury, the Sixers still eliminated the Washington Wizards in Game 5 last night with a 129–112 win.

Who’s next: The Dallas Mavericks and the LA Clippers continued their series last night too, with a Game 5 win for Dallas to give them a 3-2 lead. They could end it all in tomorrow’s Game 6 at 9 p.m. ET.

The LA Lakers are down 3-2 against the Phoenix Suns, and the Lakers’ Game 5 loss was so bad that LeBron James actually left the bench early to avoid the final moments. Yikes. Game 6 is at 10:30 p.m. ET tonight.