Too much too soon

After taking a hiatus, sports are now making their comeback. But you know what never went away? COVID-19. And in some places (we’re looking at you, Florida), it’s as bad as it’s ever been. 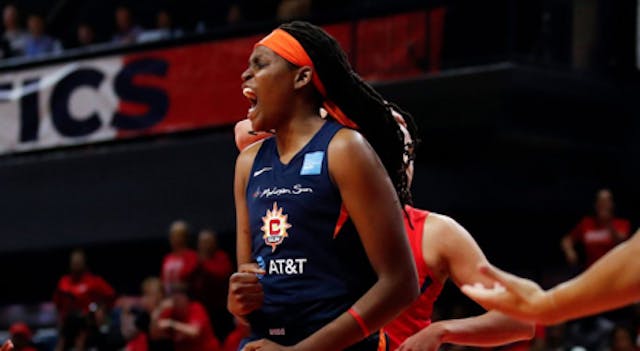 The GIST: After taking a hiatus, sports are now making their comeback. But you know what never went away? COVID-19. And in some places (we’re looking at you, Florida), it’s as bad as it’s ever been.

Literally so bad: You said it. Due to huge daily increases in COVID-19 cases in states like Texas, California and Florida — the soon-to-be home of the NBA, WNBA and MLS — athletes from all sports are opting out of play.

Any other positive cases?: Ahead of this weekend’s Travelers Championship in Connecticut, golfers Brooks Koepka and Graeme McDowell chose to withdraw after their caddies tested positive (v. responsible), and Cameron Champ was forced to withdraw after he became the second PGA golfer to test positive.

Is it just players in the US?: Nope. Over in eastern Europe, a few big-name athletes demonstrated just how quickly the virus can spread. On Tuesday, world No. 1 men’s tennis player Novak Djokovic (pronounced JOKE-OH-VITCH) announced he and his wife had tested positive after organizing the Adria Tour — an exhibition tournament that featured fans, hugging at the net and even a night out on the town. SMDH.

So, how are sports still a go?: Your guess is as good as ours. One league that continues to suss out the current situation (yeah, good luck with that) is the NHL: they’re still deciding on which two hub cities they should give their final rose to. Maybe they should call Chris Harrison for advice.