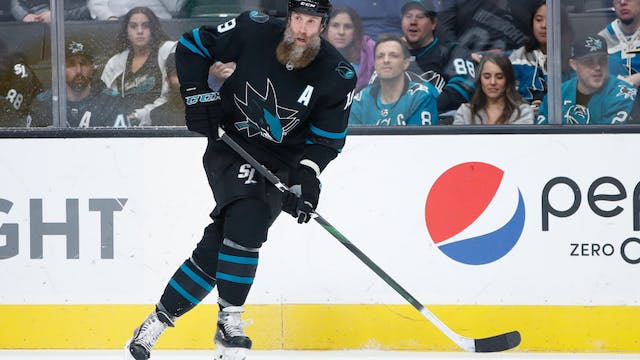 The GIST: On Friday, the Leafs signed St. Thomas local Joe Thornton to a one-year deal at the league-minimum of $700K. Welcome to the big smoke, Jumbo Joe!

Whoa! Isn’t Thornton pretty old?: In hockey terms, yes. The 41-year-old played for the San Jose Sharks for 15 years, and left after the Sharks’ miserable 2020 season. Thornton, who has never won a Stanley Cup in his 23-year career, thinks the Leafs have a roster that will help him finally raise the cup. *crosses fingers, knees and toes*

What does he bring to the table?: A veteran presence, for one. Thornton also ranks seventh all-time in assists, with more than a thousand, and is expected to be a big contributor on the power play. Guy still has some game left!

So...no concerns?: Well, not exactly. The Leafs’ top guys are clearly talented, with proven scorers Auston Matthews, Mitch Marner and captain John Tavares. Our worry is that Thornton, alongside 37-year-old Jason Spezza, might slow down the third and fourth lines.