Why We Like Laurent Duvernay-Tardif For “Sportsperson of the Year” 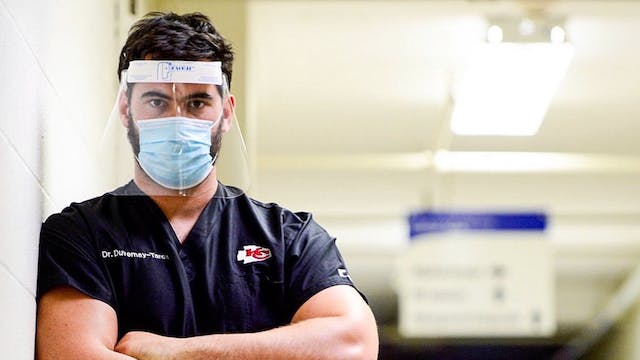 🏈Football: Let’s dig back into “Sportsperson of the Year” to talk about Laurent Duvernay-Tardif (LDT). The Super Bowl–winning guard gave up his season with the Kansas City Chiefs to put his McGill medical degree to good use, joining the frontline staff in his home province of Quebec during the pandemic.

🏎Formula One: With world champ Lewis Hamilton out of yesterday’s Sakhir Grand Prix with COVID-19, the path to the podium was left wide open. And after a wild race, Canadian Lance Stroll took advantage, coming in third for the second time this season.

⚽️Soccer: We’ve asked it before and we’ll ask it again: should soccer be our national sport? Canadians seem to be pretty freaking good at it, with the likes of women’s national team star Janine Beckie and up-and-comer Jonathan David lighting it up in Europe this weekend.