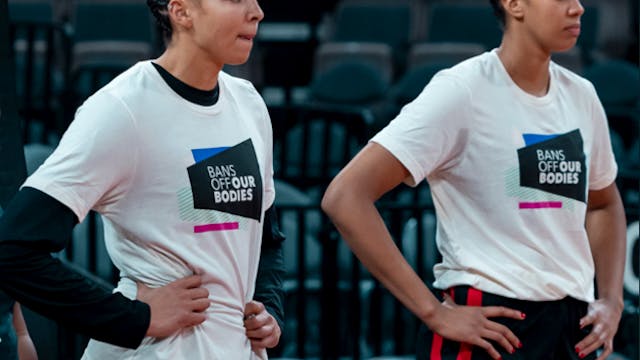 The GIST: One day after celebrating the 50th anniversary of Title IX — a landmark decision for women’s rights — the Supreme Court overturned Roe v. Wade. Here’s how the sports world is (and isn’t) responding to the devastating ruling.

The response: Along with the aforementioned Rapinoe, many other athletes have spoken out against Friday’s decision. The WNBA and the NBA along with the NWSL released statements condemning the ruling, while the NFL, MLB, NHL and MLS have yet to comment. The silence is deafening.

Zooming out: It’s difficult to conceptualize how widespread the consequences of this ruling will be. How will teams and leagues support athletes competing in states with abortion bans? Will sporting events be withheld from states with abortion restrictions? How will this affect college and high school athletes who become pregnant and can’t easily access safe abortion services?