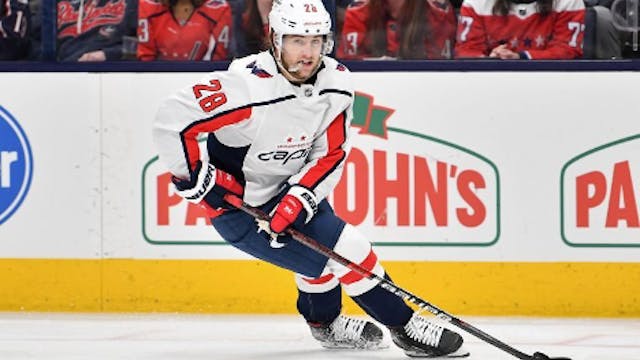 The GIST: After some incredibly horrible private messages from Washington Capital Brendan Leipsic (pronounced LIPE-SIC) and other hockey players were publicly leaked last week, the NHL has found itself in a familiar position: fighting against toxic hockey culture.

What happened?: Screenshots of the private messages between Leipsic, Florida Panthers prospect Jack Rodewald and other friends showed a pattern of derogatory comments about women, including misogynistic statements about women they had dated and other NHLers’ wives. Leipsic even badmouthed his own Capitals linemates.

That’s good, right?: Yes. We’re happy the NHL took quick action in denouncing the comments, and the Capitals made the right decision by essentially firing Leipsic. In a league that has dealt with multiple accounts of racism, sexism and abuse over the past few years, decisive action is a necessary first step in fixing the problem.

I feel like there’s a “but” coming…: You’re right. Hockey needs a culture change. It’s a big ask, and, to be fair, it will need more than just a few statements and policies from the NHL. It needs a promise to do better and be better, which includes full buy-in from players (current and former — we’re looking at you, Brett Hull), fans, media and team officials, from the big leagues down to youth hockey. We have to be all in.