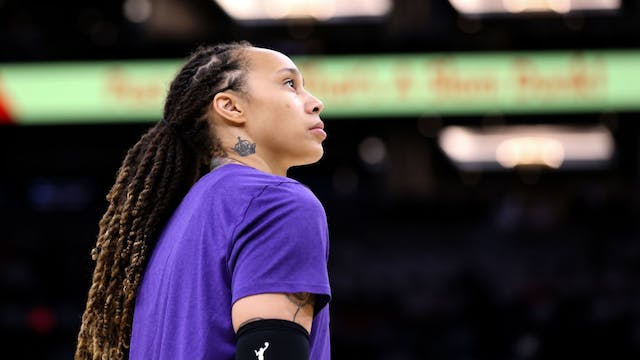 The GIST: With the WNBA tip-off just around the corner, yesterday brought a significant update in the effort to bring Phoenix Mercury star Brittney Griner home from Russia, where she’s been detained since February.

The background: Shortly after Russia’s unprovoked invasion of Ukraine, news broke that Griner — who, like many W players, was playing abroad during the offseason — had been arrested for carrying vape cartridges containing hashish oil in her luggage, a crime that could carry a sentence of up to 10 years of prison in Russia.

The change: Yesterday, the State Department reclassified Griner as “wrongfully detained,” an impactful update that means the U.S. government no longer has to wait for her case to go through the Russian legal system and can negotiate for her return to the U.S.

What’s next: It’s unclear how the situation will unfold from here, but this change is a clear reason for optimism. And Griner will remain top of mind when the W season tips off on Friday — all 12 courts will feature her jersey number and initials. Here’s to her safe and speedy return.