March 18, 2021
The GIST: We’re on a roll after the WTF moment we shared on Monday, so here’s another soccer-themed one to keep you fired up. As if you needed another reason.
Sports NewsSoccer 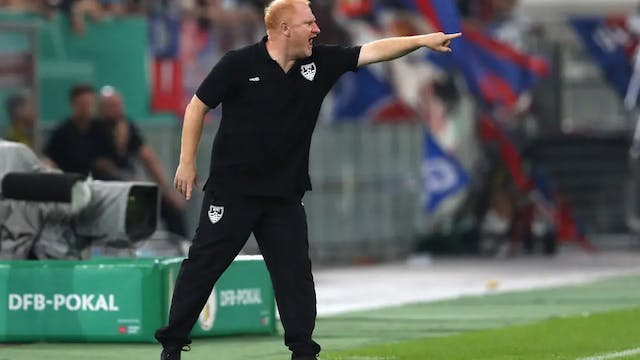 The crime: During a recent match, Heiko Vogel, the head coach of Borussia Mönchengladbach's under-23 team, got into a verbal altercation with a referee. Based on the severity of the incident, the Western German Football Association (WDFV) decided Vogel needed to be reprimanded for his unsportsmanlike conduct.

The punishment: Vogel was ordered to pay a fine, banned from a couple of matches, and — here’s the ‘pièce de résistance’ — forced to coach a women’s team for six sessions. As punishment. We can’t even.

The cinema: And we can’t help but be reminded of how life imitates art. Next month, Disney+ is releasing Big Shots, a series that stars Uncle Jesse, er, John Stamos as a temperamental men’s college basketball coach who gets fired and is forced to coach a high school girls’ team. Can we not?