October 19, 2022
A winner-take-all Game 5 and a down-to-the-wire series opener — yesterday was quite the day in baseball. Even better, there’s another doubleheader on deck tonight.
Sports NewsBaseball 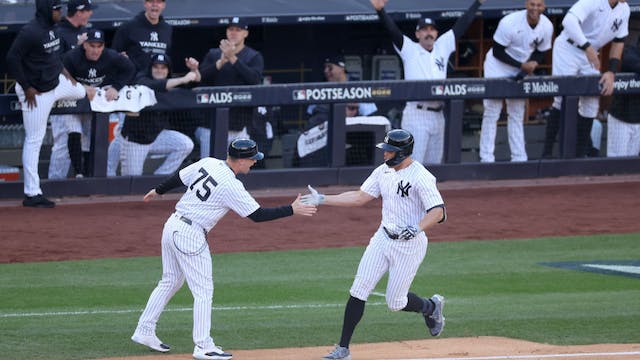 The GIST: A winner-take-all Game 5, a down-to-the-wire series opener and whatever the hell is happening here — yesterday was quite the day in baseball. Even better, there’s another doubleheader on deck tonight. Let’s tee it up.

National League (NL): Meanwhile, the NLCS has already begun. The No. 6 Philadelphia Phillies jumped out to an early lead in the best-of-seven set, downing the No. 5 San Diego Padres 2–0 last night. It was all about the Phillies’ pitching staff, who shut down the electric Padres’ offense. No small task.