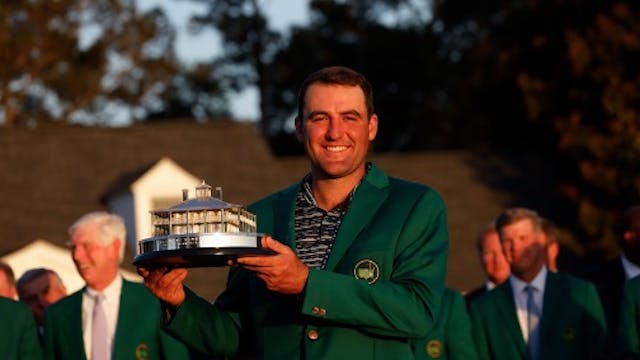 The GIST: Come for Tiger’s return, stay for the first-time winner. World No. 1, 25-year-old Scottie Scheffler is your 2022 Masters champion — his first-ever major title.

How Scottie did it: The 2020 PGA Tour Rookie of the Year, Scheffler already had the golf world on notice after rattling off three wins in his last five starts. And that dominance continued at the Masters as Scheffler fought off a late push by second-place finisher Rory McIlroy to win by three strokes, his fourth tour win in 57 days. Green looks good on you, Scottie.

Zooming out: Though he finished in 47th place, this 86th edition of the Masters will undoubtedly be remembered for Tiger Woods’ miraculous comeback. Less than 14 months after shattering his leg in a life-threatening car accident, Woods returned to one of the most challenging tournaments on the PGA Tour, made the cut and played all 72 holes.