December 12, 2022
Upsets, penalty kicks (PKs) and a historic win — the men’s World Cup quarter-finals more than lived up to the hype.
Sports NewsSoccer 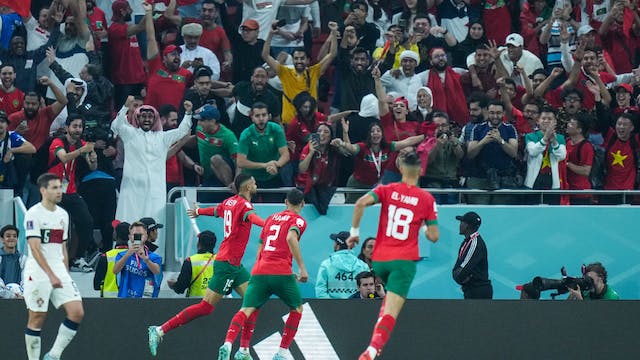 The GIST: Upsets, penalty kicks (PKs) and a historic win — the men’s World Cup quarter-finals more than lived up to the hype. And now with just three games to go in the entire tourney, the stakes are only getting higher.

Quarter-finals recap: Friday was an adrenaline junkie’s dream, as both matches came down to PKs. First, No. 12 Croatia bounced trophy favorites No. 1 Brazil after both squads scored late extra-time goals. Then in the late match, No. 8 Netherlands scored an incredible 101st minute equalizer to force PKs, but Lionel Messi’s No. 3 Argentina squad would not be denied.

Argentina vs. Croatia — Tomorrow at 2 p.m. ET: The semis begin with tomorrow’s battle of the 2018 runners-up Croatia, who’ve come up clutch with two straight PK wins, and Argentina, who seem to be a team of destiny in Messi’s last dance.