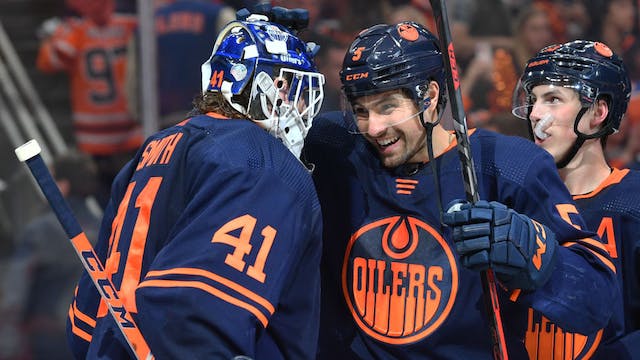 The GIST: As the good ol’ hockey games unfold, tension across Canada is certainly growing.

Edmonton Oilers: After a rough Game 1, Oilers goalie Mike Smith came back with a vengeance, notching a shutout in the team’s 6–0 Game 2 victory on Wednesday. In front of a rockin’ home crowd, Edmonton’s offensive depth was on display, as an array of players (including returning defenseman Darnell Nurse) were able to sink one past the LA Kings defense.

Toronto Maple Leafs: The Leafs should have taken Han Solo’s advice ahead of Wednesday’s (May the fourth) Game 2, well, collapse, against the Tampa Bay Lightning. Tampa goalie Andrei Vasilevskiy showed his typical brick wall playoff form, as the defending champs kept the Leafs offense flustered and in the sin bin, leading to a 5–3 Lightning win. Oof.