January 04, 2021
The GIST: Time flies when you’re having fun. It feels like just yesterday that we were anxiously anticipating the start of the 2021 World Juniors, and now there are only four teams (including Canada, of course) and four games remaining in the tournament.
Sports NewsHockey 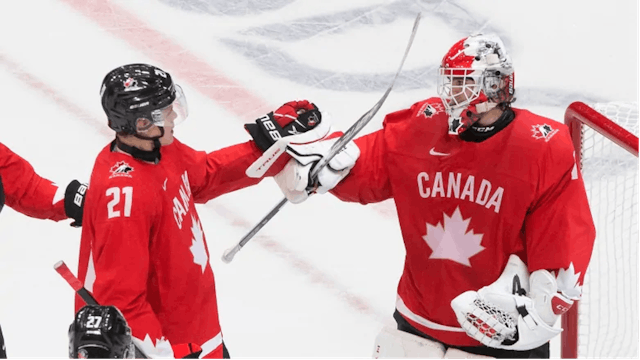 Canada vs. Russia: A year ago today, Canada and Russia both won their semifinal games, only to meet in the next day’s final. Canada won that gold medal game, and Russia has probably been plotting their revenge ever since. Well, their day has finally come: the two hockey powerhouses will face off at 6 p.m. ET tonight in the first of two semis.

USA vs. Finland: The Americans and the Finns have matching 4-1 records: Team USA lost their first match of the tournament to Russia while Finland’s only loss came against Canada. Now they’ll face each other in today’s second semi at 9:30 p.m. ET.

The final: If our hockey dreams come true, then we could see a Canada-U.S. final on Tuesday at 9:30 p.m. ET. Could there be a better way to start off 2021 than with a World Juniors victory over the Americans? We think not.