January 14, 2021
The GIST: More sensational than an episode of Sunrise Bay, the NBA is all kinds of drama these days.
Sports NewsBasketball 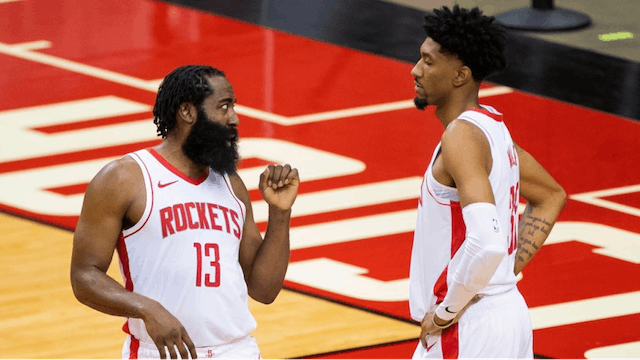 The Harden saga: James Harden’s antics finally paid off. After he was asked to not attend yesterday morning’s practice, news broke around 4 p.m. ET that the Houston Rockets wild child got his wish and was traded to the Brooklyn Nets.

The Nets saga: It’s fine if Harden forgets to bring the drama to Brooklyn, because the Nets already have plenty. Exhibit A: Kyrie Irving. While away for personal reasons last week, the flat-earther allegedly attended a birthday party (people are still having birthday parties?!) and was recorded dancing without a mask.

The COVID-19 saga: In other news, the NBA, like the rest of the world, has a serious COVID-19 problem. The NBA was forced to postpone three games last night, bringing their total to nine rescheduled games this season.