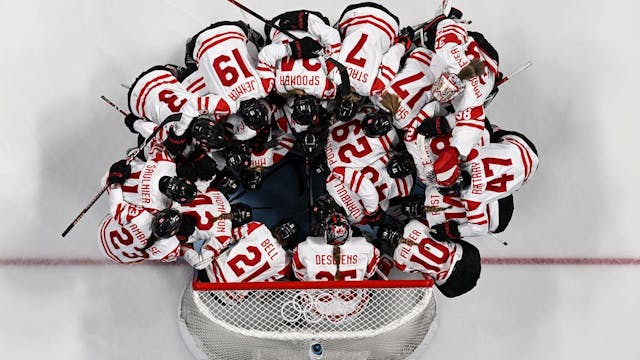 The GIST: For the sixth time in seven Olympics, Team USA will face Team Canada with women’s hockey gold on the line. The rivalry, the rematch — we’re ready.

The background: The two squads are, in a word, dominant, combining to win every Olympic title since the sport’s debut in 1998. Team USA are the defending gold medalists, having topped the North in stunning shootout fashion at the 2018 PyeongChang Games.

How they got here: Team Canada has bulldozed their way through the tournament, breaking their own Olympic record (OR) with 54 goals while going undefeated and routing Sweden and Switzerland in the quarter-finals and semis, respectively. The power of Justin Bieber.

Players to watch: As Hilary Knight goes, the U.S. goes. The four-time Olympian has notched a team-high nine points this tourney. Clutch is an understatement.

How to watch: As mentioned, this gold medal game is dividing the North American GIST team, so we’ll spare a prediction. Tune into NBC in the U.S. and CBC in Canada to see how the showdown unfolds. Drop. that. puck.