April 12, 2021
The GIST: The 85th Masters are over and Hideki Matsuyama is the proud new owner of a green jacket. Omedetō!
Sports NewsGolf 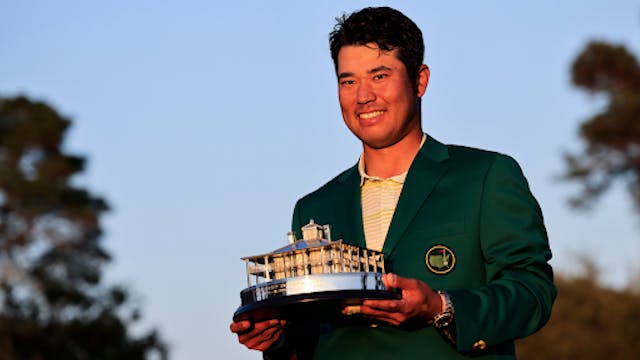 The winner: Right on time for the Tokyo Summer Olympics, Matsuyama became the first Japanese man to win a golf major yesterday with his 10-under par final score. It was his first PGA Tour win since 2017 and sixth of his career.

The rest of the pack: Matsuyama won with a one-shot lead after facing a late-round push from American Xander Schauffele (pronounced SHAW-flea), who finished in a tie for third with Jordan Speith. Will Zalatoris (not to be confused with Happy Gilmore’s caddy), finished second, and Justin Rose, who led the tournament until late Saturday, had a rough Sunday and finished seventh.

Canadian Corey Conners made a good run too, finishing tied for eighth with a four-under par, a hole-in-one during his third round, and a ticket to return next year (thanks to his top 12 finish). Not a bad weekend for a kid from Letterkenny Listowel.