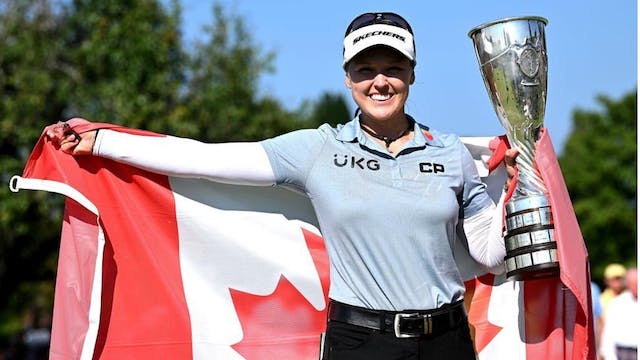 Trail to the trophy: Sitting atop the leaderboard heading into yesterday’s final round, Henderson struggled to get started on Sunday, blowing her lead over American Sophia Schubert after recording a bogey and double-bogey in the front nine.

The context: The win is especially refreshing for Henderson, who had a rocky first half of the season after an LPGA rule change forced her to alter the specs of her driver (a very important club), which impacted her swing.