A tale of two Hardens 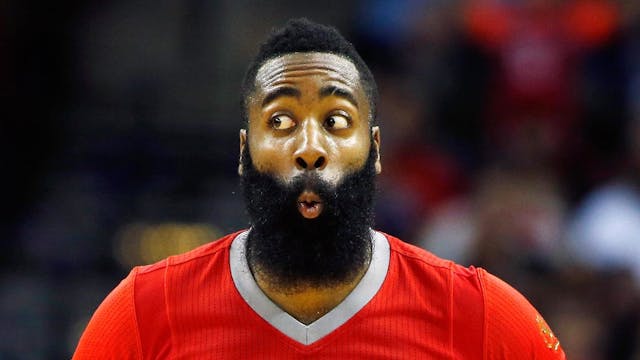 The GIST: It was the best of times, it was the worst of times. In a 108–99 loss to the Charlotte Hornets, Houston Rockets star James Harden somehow pulled off a rare quadruple-double this weekend, in the most Harden way possible.

What’s a quadruple-double?: A quad-double is when a player records double digits in four of the five statistical categories — points, rebounds, assists, steals and blocked shots — in a single game. Technically, Harden only hit a triple-double, putting up 30 points, 14 assists and 10 rebounds.

What else is going on in the NBA?: Poor Steph Curry can’t catch a break. Just a few days after returning from a broken hand that caused him to miss 58 games, the Golden State Warrior is back on the injured list with the flu. But don’t panic! It’s a seasonal flu, not COVID-19, so he should be back on the court in no time.

And what’s this about the Battle of LA?: The LA Lakers and LA Clippers face off four times each season, and the bouts rarely disappoint. Yesterday’s edition, the third of the season, was no exception. Despite being the better team, the Lakers had difficulties with the Clippers in the first two showdowns but came out with a vengeance in this game, winning 112–103.

Any other basketball news?: The U Sports Final 8 basketball championships took place in Ottawa over the weekend, and there were no surprises in the end. In the women’s final match-up, the first-ranked Saskatchewan Huskies won 82–64 over the Brock Badgers for the school’s second-ever championship.