November 06, 2022
It feels like it’s been 84 years, but the NCAA ballers are finally back on the court tomorrow. We’re saving the best for last with a full women’s hoops preview hitting your inbox this week, but today’s all about the men. Get’cha head in the game.
Sports NewsBasketball 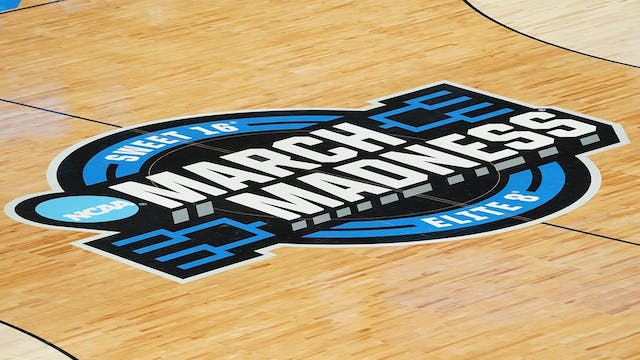 There are 363 Division I men’s basketball teams spread across 32 conferences. Only 68 of those squads will make it to the reason for the season, March Madness, with 32 teams automatically qualifying by winning their conference.

A couple of dates to mark on your cal? Selection Sunday — when the March Madness bracket is revealed — on March 12th and the Final Four, which tips off in Houston on April 1st. No pranks here.

As much as March brings the Madness, the eventual national champion comes from the preseason top six more often than not. So, here are the — you guessed it — six squads who look primed for a deep postseason run.

No. 1 UNC: This year marks the record 10th time the Carolina Blue have nabbed the preseason No. 1 spot, largely because last season’s runners-up are returning four starters. That includes star center Armando Bacot, who closed out his season last year with eight straight double-doubles. Sheesh.

No. 2 Gonzaga: The Bulldogs are hot on UNC’s (tar) heels, starting the season not in the No. 1 spot for the first time since 2019. With aforementioned returning star Drew Timme, the ’Zags will be hungry for a natty, especially considering they fell to Baylor in the 2021 title game and were shockingly upset by Arkansas in the Sweet Sixteen last season.

No. 3 Houston: After a stunning run to last year’s Elite Eight without their star player, Marcus Sasser, the Cougars tip off this season at No. 3 — their highest preseason ranking since 1983. Vintage never looked so good.

Nos. 5 Kansas…and Baylor: It’s oh so satisfying that the only tie on the preseason list is between the defending champ Kansas Jayhawks and the 2021 national titleholder Bears, not to mention that they’re major Big 12 rivals. Sharing is caring, fellas.

Michigan State: The Spartans have been a March mainstay since 1998 (!!!), but they were bounced early in the last two tourneys and start this season unranked. The green and white’s veteran-laden core of Malik Hall, Joey Hauser, Tyson Walker and A.J. Hoggard could be formidable, and we’d never bet against legendary HC Tom Izzo.

Florida: Though the Gators are supposedly in a rebuilding year, new HC Todd Golden has Colin Castleton, a dominant big, on his roster. And with star guard Kyle Lofton transferring in from St. Bonaventure, the Gators could certainly chomp their way to a spot in the Dance.

Miami: Just down the road, the Hurricanes seem to be brewing up a deep run. Not only did the ’Canes reach last season’s Elite Eight, but this offseason they added Kansas State transfer Nijel Pack to pair with fellow star guard Isaiah Wong in Miami’s high-scoring backcourt.

No. 19 San Diego State: If anyone outside the preseason top six can crash the party, it might be the Aztecs. San Diego State’s defense remains top-notch, and returners Matt Bradley and Nathan Mensah — with his 7’4” wingspan — could post enough offense to get the Aztecs to Houston.

Oscar Tshiebwe, Kentucky: The first national player of the year to opt out of the NBA draft since 2009, Tshiebwe put up 28 double-doubles last year (a school record), with 16 straight to end the season. And the Congolese forward is still improving, saying he wants to up his game ahead of the 2023 draft. Can’t stop, won’t stop.

Drew Timme, Gonzaga: The ’Zags’ megastar has already amassed an incredible 1,521 career points as one of the best collegiate post players in recent history. Unlike most bigs who lean hard on their athleticism, Timme also brings unique control and fluidity to the court. Not just a chin-fluencer.

Armando Bacot, UNC: The Tar Heels’ star center tied the NCAA double-double record last season with a whopping 31 and became the first player to put up double-doubles in all six of his national tourney appearances. Considering UNC came up just short of the title last year, Bacot certainly has redemption in his fuel tank this season.

Marcus Sasser, Houston: The Cougar guard had been averaging 17.7 points per game when he was sidelined by a foot injury just 12 games into last season. The year prior, his offensive flair and intimidating defense came in clutch throughout Houston’s first Final Four appearance since the Phi Slama Jama days. Bet on a major bounceback.

Trayce Jackson-Davis, Indiana: Despite Indiana’s first-round tourney loss last season, the All-American forward was key to the Hoosiers booking a Big Dance ticket for the first time in six years. The No. 13 squad (and Big Ten favorites) are hoping his high scoring and consistent rebounding will take them even deeper into this season’s Madness.

NCAA action officially tips off tomorrow at 12 p.m. ET, but some of the season’s best ballers will face each other over the next few weeks. Mark your cal!