May 03, 2021
Seven rounds, 259 picks, and a record-tying four Canadians drafted to “the show:”
Sports NewsFootballGolfGeneral 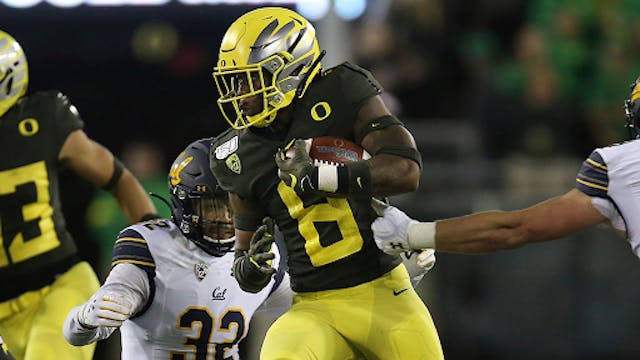 🏈NFL: The NFL Draft finished on Saturday after seven rounds, 259 picks, and a record-tying four Canadians drafted to “the show:” Safety Jevon Holland was picked by the Miami Dolphins in the second round; cornerback Benjamin St-Juste and receiver Josh Palmer were selected in the third; and thanks to Carolina Panthers’ head coach Matt Rhule’s wife, running back Chuba Hubbard was chosen in the fourth. Remember those names.

⛳️Golf: Mike Weir is a winner again...and it only took him 13 years! The 2003 Masters champion won the Insperity Invitational with a 10-under par score, marking his first win on the PGA TOUR Champions (the men’s pro 50+ league) and first pro win since 2007. Way to go, Weirsy.

🤨WTF: Former Olympian Caitlyn Jenner is running her mouth. When asked about recent state legislation banning transgender kids from playing on sports teams that match their gender identities, the one-time track & field star, who is trans, said that she supports the bills, because “we need to protect girls’ sports in our schools.”

We don’t have to tell you how disgusted and disappointed we are with that statement, but we do want to give more context about these awful new bills popping up across North America, in this week’s episode of The GIST of It, coming at you Wednesday.