Save the drama for your mama 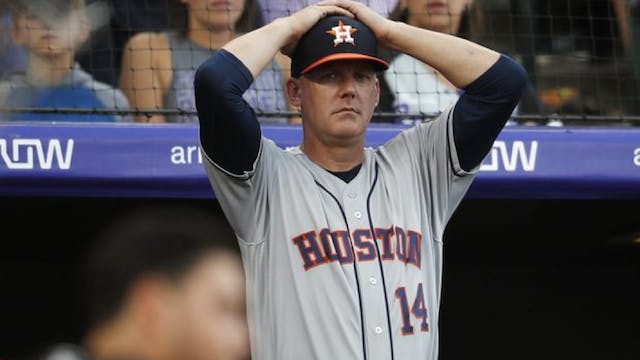 The GIST: Just when you thought you’d seen the end of Major League Baseball’s (MLB) sign-stealing saga, they come out and hit you with more. After originally placing most of the blame on their coach A.J. Hinch and general manager Jeff Luhnow, it turns out the Houston Astros front office has some ’splainin to do.

Wait. Remind me how it started?: In January, the Astros were found guilty of illegal sign-stealing — using technology to record and decipher the hand and body signals of the opposing team’s catcher, pitcher and coaches to predict the next pitch — during their championship winning season in 2017.

So now what’s happened?: A couple of new details have emerged. First, apparently the sign-stealing scheme started with one of the MLB’s most famous players: the now-retired Carlos Beltrán. According to anonymous teammates, when Beltrán signed with the Astros for the 2017 season, he came with a plan and was the so-called “Godfather” of sign-stealing. We guess he made them an offer they couldn’t refuse. He’d previously been with the New York Yankees, who were also accused of sign-stealing in 2015. Coincidence? We think not.

And what will the MLB do about it?: That remains to be seen. Spring training (aka preseason) starts in less than two weeks so the pressure is on for the MLB to discipline the ’Stros before then. In the meantime, some players who previously played against the Astros are taking it upon themselves to right the wrongs...

What’s The GIST’s take?: We said it once and we’ll say it again: as fans, we feel cheated. Between steroid use, sign-stealing and everything in between, we have serious trust issues with baseball.