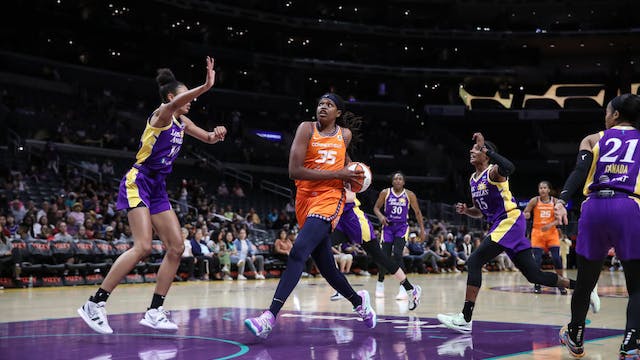 The GIST: With four teams fighting for two remaining playoff berths, the WNBA chose chaos heading into the final weekend of regular season play. Here’s a live look at us trying to decipher how it’ll all shake out.

Where things stand: The LA Sparks were eliminated from postseason contention following last night’s 93–69 loss to the Connecticut Sun, but that’s just about all that’s confirmed with only two game days remaining.

What to watch: Everything, TBH. But if you have to choose, tonight's 7:30 p.m. ET and Sunday’s 2 p.m. ET matchups between the Liberty and Dream. If one squad wins both games, they’ll punch their playoff ticket. And if they split? Well, that opens up a whole can of worms.