World Cup round of 16 recap

December 07, 2022
The final four Round of 16 games were full of fireworks on and off the pitch, as favorites fell flat and former superstars sat on the bench.
Sports NewsSoccer 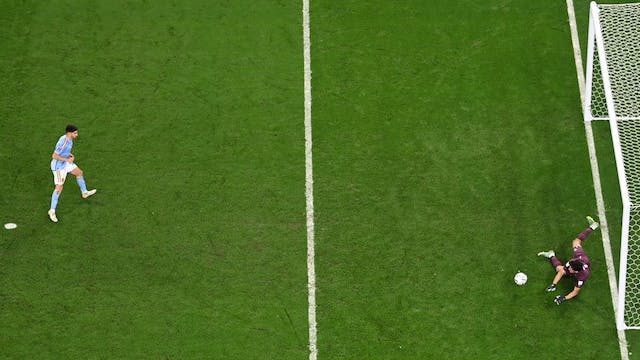 The GIST: The final four Round of 16 games were full of fireworks on and off the pitch, as favorites fell flat and superstars sat on the bench. Karma, is that you?

The results: The 2018 runners-up and world No. 12 Croatia are through to the quarter-finals after besting No. 24 Japan in the tournament’s first penalty shootout on Monday. Then No. 1 Brazil had everyone dancing in their dominant 4–1 win over No. 28 South Korea.

The drama: That’s right. After reportedly having a falling out with coach Fernando Santos following their group play loss to South Korea, the legendary Ronaldo wasn’t listed as a starter for the first time since 2006.

What’s next: Two days of rest before the quarter-finals begin on Friday. More to come then — can’t wait.