NHL playoffs: First round wraps up 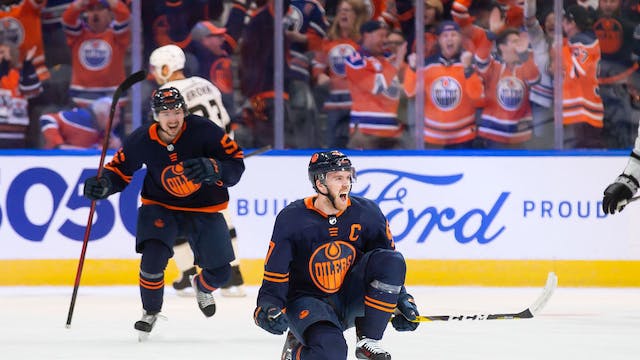 The GIST: Last night was more than just the Junos; it also marked the close of the first round of the NHL playoffs. While some teams broke their curses, others are still waiting for their happy ending.

Calgary Flames: Johnny Gaudreau and the Flames burned through the Dallas Stars with a thrilling 3–2 overtime (OT) win in last night’s Game 7, advancing to the second round for the first time in seven years. Who else but Johnny Hockey with the game winner? Feeling hot, hot, hot.

Edmonton Oilers: It came down to a nail-biting Game 7 finish, but the Oilers, led by superstar Connor McDavid, shut out the LA Kings 2–0 on Saturday to advance to the second round for the first time in five years.

The rest of round two: With the NY Rangers’ 4–3 OT win over the Pittsburgh Penguins last night, they’ll move on to face the Carolina Hurricanes, with the Tampa Bay Lightning taking on the Florida Panthers in the other Eastern Conference semifinal.