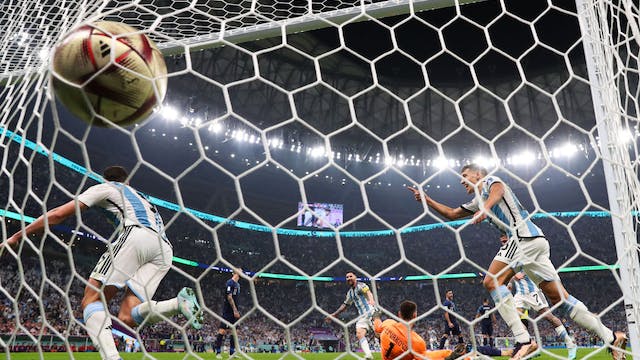 The GIST: Turns out Lionel Messi is pretty good at soccer. The GOAT’s elusive World Cup title dream is still alive after No. 3 Argentina took down No. 12 Croatia 3–0 in yesterday’s semifinal. Now La Albiceleste await the winner of today’s 2 p.m. ET match between No. 4 France and No. 22 Morocco.

Argentina vs. Croatia recap: Messi put on a masterclass in leadership yesterday, netting the go-ahead goal off a penalty kick in the 34th minute (and becoming Argentina’s all-time leading men’s scorer in the process) then playing the supporting role for the team’s younger players.

France vs. Morocco preview: Now to find Argentina an opponent. Today’s matchup features two squads that couldn’t be more different. Kylian Mbappé, a Golden Boot frontrunner, and Les Bleus are the defending champs, while Morocco is on a Cinderella run that just won’t quit.