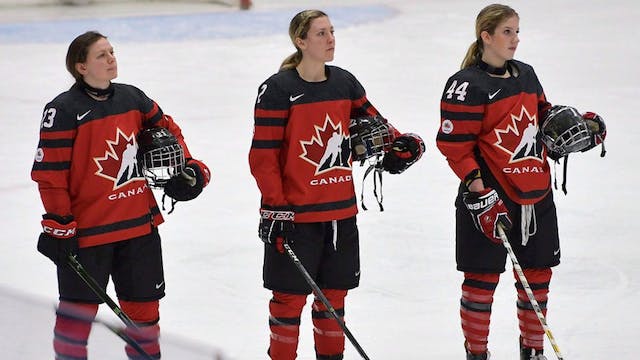 The GIST: COVID-19 continues to have an impact on the sports world, and this weekend, it took out one of its first major international events: the IIHF Women’s World Championship.

No way! Why?: The tournament, which features the top national women’s hockey teams from around the world, was set to take place from March 31st to April 10th in Halifax and Truro, Nova Scotia. Though Canada hasn’t seen a huge spread of the virus like in other countries, the event organizers decided not to risk it and cancelled the tournament with less than a month to go before puck drop.

Brutal! How are the North American professional leagues dealing?: The NHL will continue to play games with fans in attendance for the foreseeable future and have a contingency plan (which could affect playoffs) to roll out if needed. They’ve asked players to limit contact with fans and are considering closing locker rooms to the media, which, TBH, players are probably happy about anyway.

Yikes. Anything else?: A few more cancellations (you can find a running list here), including the alpine skiing World Cup finals in Northern Italy, where American skiing queen Mikaela Shiffrin was supposed to make a return after missing a month, and the Arctic Winter Games, which were scheduled to start on March 15th and feature over 2,000 international athletes.