September 22, 2021
The GIST: Over 500 women athletes are taking a stand on new abortion restrictions, demonstrating once again why athletes shouldn’t just “stick to sports.”
Sports NewsGeneral 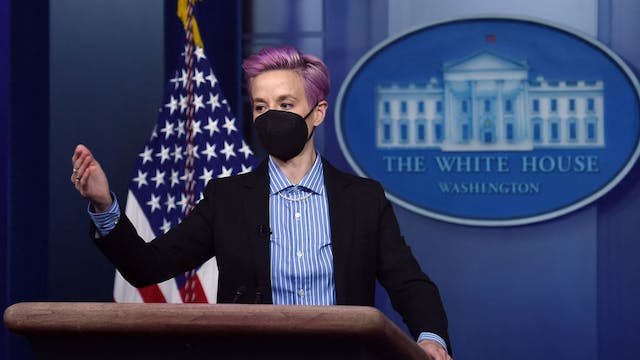 The context: Earlier this year, (mostly) a bunch of uninformed old white men passed the Texas Heartbeat Act, which restricts people in Texas from getting an abortion after six weeks gestation.

The latest: Yesterday, over 500 pro, collegiate and high school athletes — including Megan Rapinoe, Sue Bird and Layshia Clarendon — as well as the NWSL and WNBA players’ associations filed an amicus brief at the Supreme Court, arguing against the abortion ban.

The brief is 73 powerful pages long, and if you’re looking for a little more than just the gist, we highly recommend giving it a read here.