November 30, 2022
The last few months have seen an unprecedented surge in trading card collecting, and with one of the biggest sporting events — the men’s FIFA World Cup — underway, there’s no better time to get in on the fun.
Sports NewsSoccer 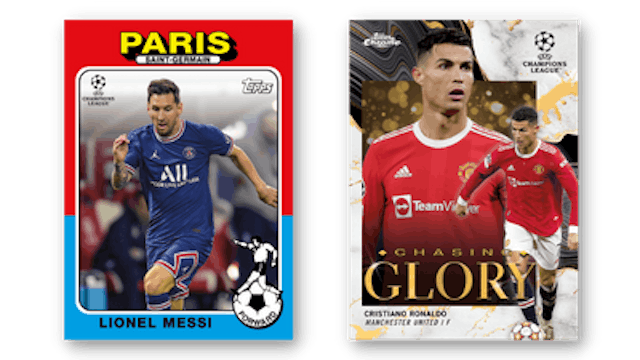 The last few months have seen an unprecedented surge in trading card collecting, and with one of the biggest sporting events — the men’s FIFA World Cup — underway, there’s no better time to get in on the fun.

As much as card collecting remains male-dominated, there are plenty of women carving out their own space in the hobby. Leveling the playing card, if you will.

Our first article highlighted Women of the Hobby, a podcast dedicated to telling the stories of female collectors.

That shared passion and love for the game will be on full display as the highly anticipated men’s World Cup continues to take over our TVs. From game-winning goals to goalie heroics, legends are being made on the biggest stage.

But be warned — just like France’s Kylian Mbappé speeding down the pitch, these items sell out fast.

Speaking of hidden gems, there have already been plenty of unexpected heroes shining bright in Qatar (shoutout to Japan’s Takuma Asano). Our advice for starting your collection during the Cup action? Choose a young up-and-comer, and go all in. You’ll have a rising star to root for, and potentially a major payday if they rise to the moment.

P.S. If you’re already counting the days until next summer’s women’s World Cup (same), Topps can help. Score a UEFA women’s champions league pack now so you can assemble a roster of your faves (hi, Spain’s Alexia Putellas and Australia’s Sam Kerr) before the fun kicks off down under in July 2023. Get in the game now…before they’re sold out.