The LPGA season looks forward to another record-setting year

January 23, 2023
The 2023 campaign teed off on Thursday with the first round of the Diamond Resorts Tournament of Champions and will conclude with the CME Group Tour Championship in mid-November.
Sports NewsGolf 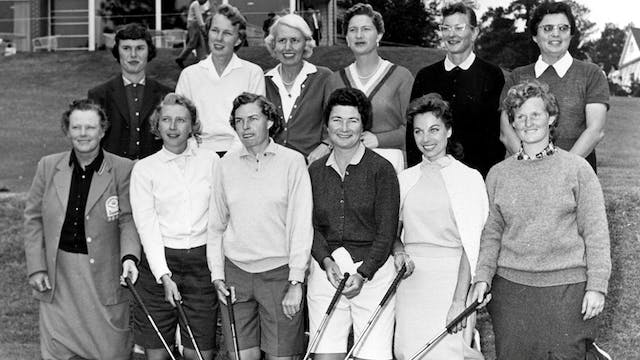 The longest-running women’s pro sports organization in the U.S., the Ladies Professional Golf Association (LPGA) was formed in 1950, long after the men’s PGA was founded in 1916. Sexism in sports? Groundbreaking.

Spearheaded by 13 trailblazing women, the LPGA’s founders did it all — from planning and organizing the inaugural season’s 15 tournaments, to setting up the courses, to drafting the tour’s by-laws and much more. But are you really surprised?

In 1963, the LPGA was covered on TV for the first time with the airing of the final round of the U.S. Open. For context, the first broadcast of the men’s US Open came nine years prior, in 1954.

Before we preview the 2023 season, let’s discuss some of the women who paved the way for the tour we know today:

Althea Gibson: You may know her as the tennis legend who, among many other accomplishments, became the first Black athlete to win a Grand Slam after her 1956 French Open victory, but Gibson also broke barriers on the links.

Babe Didrikson Zaharias: Another multisport athlete, not only did Zaharias help to found the LPGA, but she also won two golds and a silver at the 1932 Summer Olympics in track & field. Zaharias broke countless other barriers, including becoming the first woman to play in a PGA tour event when she made the cut at the 1945 LA Open.

Kathy Whitworth: The winningest golfer on any pro tour (women’s or men’s), Whitworth notched 88 career victories, but her success didn’t come overnight. In fact, she spent 3.5 years on tour before securing her first win, adversity that gave way to sustained dominance featuring wins across a record 17 consecutive years.

Mickey Wright: Wright was instrumental in helping grow the popularity of the women’s game, notably partnering with Barbara Romack to beat Arnold Palmer (yes, that Arnold Palmer) and Dow Finsterwald in a 1961 televised exhibition match.

Nancy Lopez: Lopez burst onto the scene with a sensational 1978 rookie campaign in which she won Rookie of the Year, Player of the Year and the Vare Trophy (awarded to the player with the lowest scoring average) — the first and only time a player has won all three in the same season.

With that history in mind, here’s what to look forward with another record-setting year on the horizon. As mentioned, the 2023 campaign teed off on Thursday with the first round of the Diamond Resorts Tournament of Champions and will conclude with the CME Group Tour Championship in mid-November.

When it comes to events, the biggest deals are the majors. The men’s PGA tour only has four, but the women have five: the Chevron Championship (renamed last year from the ANA Inspiration), the U.S. Women’s Open (featuring a whopping $10 million purse), the Women’s PGA Championship, the Women’s British Open and finally, the Evian Championship.

🇳🇿 World No. 1 Lydia Ko: The 2022 LPGA Player of the Year, Ko returned to her early career dominance last season, posting three wins and the lowest scoring average to secure the Vare Trophy for a second straight year. But a major title eluded her, and she hasn’t hoisted a major trophy since 2016. Can she end the drought in 2023?

🇺🇸 No. 2 Nelly Korda: After a breakout 2021 season, highlighted by winning her first major and a gold medal at the Tokyo Olympics, Korda endured a rollercoaster 2022. She started the year by claiming the record for the longest American women’s golfer to hold the world No. 1, but she subsequently lost the top spot after missing nearly four months due to a blood clot in her arm.

🇰🇷 No. 5 Jin Young Ko: She’s not competing this weekend, but Ko is certainly one to watch as the season swings into action. Ko has consistently ranked in the top 10 since bursting onto the scene in 2018 and boasts two Player of the Year titles in the last five years.

🇨🇦 No. 7 Brooke Henderson: Canada’s most decorated golfer added to her hardware last year when she won her second career major and first since 2016, hoisting the Evian Championship trophy. Now that she’s bolstered by some new gear, expect her eh-game.

🇺🇸 No. 136 Lucy Li: Li stands out in a star-studded class of up-and-coming rookies hitting the tour this year. The 20-year-old is no stranger to making history — in 2014, at 11-years-old, she became the youngest qualifier for the U.S. Open. Needless to say, her future is looking real bright.

P.S. Those are just a handful of the biggest stars on tour. Last year featured a record-tying 11 first-time winners, indicating anyone could break through on any given weekend. How exciting.

As mentioned, the first tourney of the year is already underway — check here for updated standings and tee times for today’s final round. And the party’s just getting started — weekly tournaments begin in March, airing on the Golf Channel.