September 22, 2021
The GIST: Soccer’s abhorrent racism problem continues to rage on, and FIFA is finally taking some baby steps to curb it.
Sports NewsSoccer 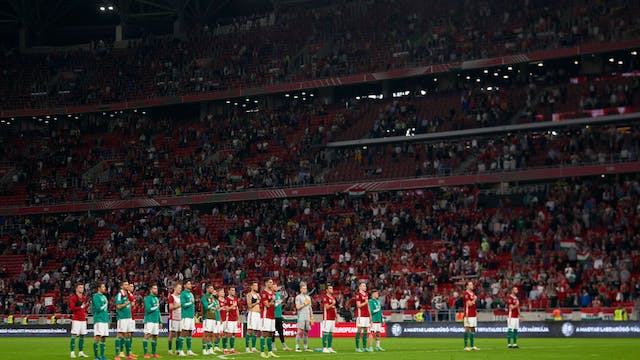 The history: After infuriating incidents of racial abuse towards English soccer players during an England vs. Hungary match in Budapest in June, UEFA handed down a two-match “fan ban” in July, meaning Hungary’s next two home games in European UEFA-sanctioned tournaments will be played without fans (and, consequently, their dollars).

The latest: Unfortunately, that ban (though UEFA claimed they tried) didn’t apply to international FIFA-sanctioned events. And September 2nd’s World Cup qualifier, again featuring England vs. Hungary, in front of a packed Budapest crowd saw — you guessed it — the “racist behavior of numerous [Hungarian] supporters.” Disgusting.

As a result, FIFA announced its own fan ban — a one-match penalty that will see Hungary host Albania in an empty stadium in October  — along with a $217K USD fine. It’s not nothing, but it’s definitely not enough.