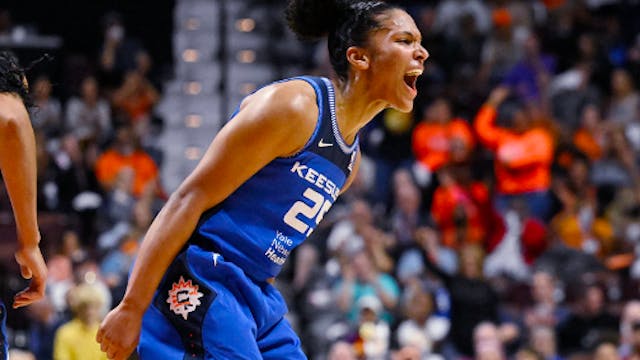 Last night’s Game 3: The Sun played like their season was on the line, scoring a whopping 34 points in the first quarter, the most they’ve scored in any quarter this postseason. More history? Alyssa Thomas notched the first-ever (!!!) WNBA Finals triple-double. Living up to that “The Engine” nickname.

Sunday’s Game 4: If the Sun want to extend the series once again, they’ll have to keep up the consistent offensive pressure, and with DeWanna Bonner (18 points) bouncing back after quiet showings in Games 1 and 2, it’s definitely possible.