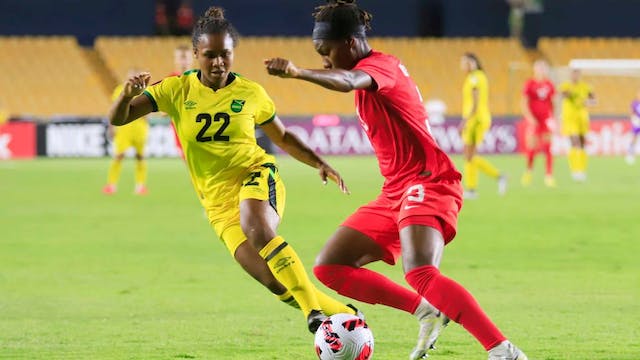 The GIST: Today’s the day. The defending world champion USWNT and defending Olympic champion CanWNT go head-to-head at 10 p.m. ET with the CONCACAF W trophy and a spot in the 2024 Paris Olympics on the line. As if Mondays weren’t stressful enough.

The history: Tonight marks the 63rd meeting of these two powerhouses, adding another chapter to a storied rivalry that dates back to 1986. And the recent history has been especially spicy, with some of their more memorable clashes coming in the 2012 and 2020 Olympic semifinals.

CanWNT’s keys to success: The defending gold medalists have momentum on their side, but they’ll be dealing with a very different USWNT squad, specifically a new, young offensive core. Luckily, Canada has yet to concede a goal all tourney (*knocks wood*) — watch for defender Kadeisha Buchanan to continue her lockdown performance.