December 05, 2022
The World Cup chaos briefly subsided over the weekend as expected favorites took care of business to punch their tickets to the quarter-finals.
Sports NewsSoccer 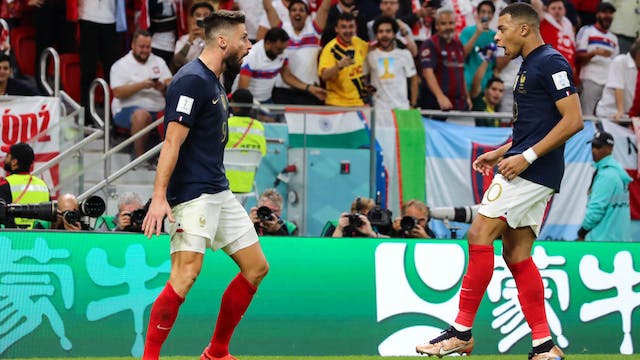 The GIST: Four knockout stage games down, four to go. The chaos briefly subsided over the weekend as expected favorites took care of business to punch their tickets to the quarter-finals.

Weekend recap: The round of 16 kicked off with the world No. 8 Netherlands controlling their 3–1 Saturday win over No. 16 USA from start to finish. Then, playing in his 1,000th career game, who else but forward Lionel Messi opened the scoring in No. 3 Argentina’s 2–1 victory over No. 38 Australia, keeping the superstar’s quest for his first World Cup trophy alive.

What’s next: More must-see soccer, of course. After shocking the world by winning Group E, No. 24 Japan will try to keep their underdog run alive against No. 12 Croatia, the 2018 finalists who, save one match vs. Canada, struggled for scoring in the group stage. Kickoff is set for today at 10 a.m. ET.