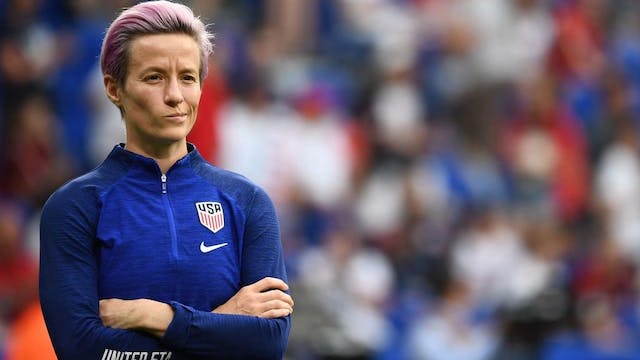 The GIST: In case you needed another reason to call 2020 a dumpster fire, the US women’s national soccer team (USWNT) was dealt a major blow on Friday when part of their gender equality lawsuit was dismissed. Ugh.

Remind me, what’s the backstory?: Last year, the USWNT filed a lawsuit against the US Soccer Federation (USSF), the sport’s national governing body, on the grounds of gender discrimination. The lawsuit argues that the women’s team was (and continues to be) paid significantly less than the men’s national team (USMNT), despite the women generating more revenue.

Got it. So what happened on Friday?: A federal judge ruled against the USWNT equal pay suit, dismissing the claim on the grounds that they were actually paid more than the men’s team during the period of 2015 to 2019 (in which the women’s team won two FIFA World Cups while the men failed to qualify for one).

What happens now?: The USWNT will file an appeal against this latest ruling and will still work through the other part (i.e., unequal resources, etc.) of the lawsuit. A court date is set for June 16th (moved from May 5th because of COVID-19), but there’s a good chance they’ll settle out of court before then. In the meantime, Uncle Joe wants them to keep fighting for equality. And we do too.