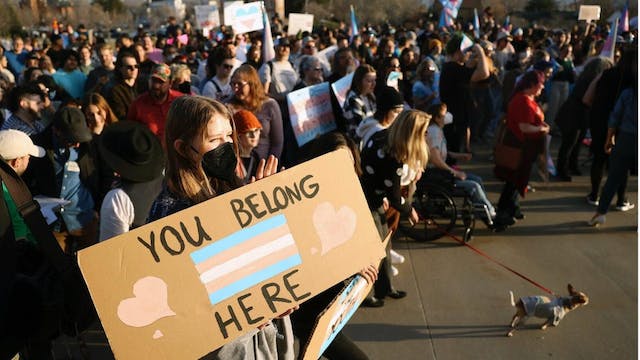 The GIST: Friday brought a rare win in the ongoing fight for trans rights in sports — pending legal challenges from parents, a Utah judge reversed the state’s law that banned trans girls from participating. More of this, please.

The context: Families of three transgender student-athletes filed a lawsuit in May, claiming that the ban, which went into effect in July, violates the state constitution’s guarantees of equal rights.

The details: The new rules replacing Utah’s ban aren’t exactly perfect. Trans girls will now go before a state commission to determine their eligibility on a case-by-case basis. And that panel of political appointees will be permitted to assess the child’s height and weight in their decision making.

Zooming out: Utah was among at least 12 states with laws banning trans women or girls in sports under the thinly veiled guise of “protecting women’s sports.” After a long stretch of discrimination and bigotry, this victory is worth celebrating, even as the work continues.