October 29, 2022
Today’s the day — the NWSL Championship kicks off tonight at 8 p.m. ET, so we’re here with all the deets before the Portland Thorns and Kansas City Current take the pitch. Can’t wait.
Sports NewsSoccer 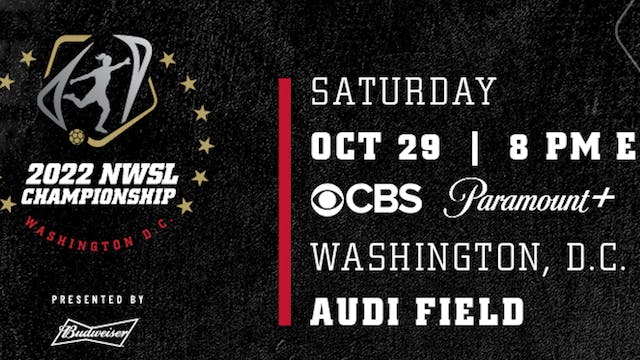 ⬅️ The road to the Championship

Six of the league’s 12 teams earned a playoff berth and competed over three rounds to play for the ultimate prize — the NWSL title. The top-seeded OL Reign and No. 2 Portland Thorns secured first-round byes as the two best regular season teams, leaving the remaining postseason hopefuls to duke it out in the quarter-finals.

Then the competition was just as tight in the semifinals. The Thorns clinched a 2–1 win over the Wave thanks to midfielder Crystal Dunn’s match-winning goal in the 93rd minute, which came just five months after she gave birth to son Marcel. Superhuman status.

That leaves us with two. The Current will make its championship match debut against the Thorns, who won it all in 2013 and 2017. Let’s meet the teams.

The backdrop: Under aforementioned new head coach, Matt Potter, the team went from winning just three games last year to 10, and a fifth place finish this time around, booking its first-ever postseason spot.

Players to watch: Defense won a postseason berth for Kansas City and it could win championships too. Goalkeeper AD Franch is set to play in her fourth career NWSL final after making 77 saves during the regular season, second only to Racing Louisville’s Katie Lund. Meanwhile, defenders Hailie Mace and Alex Loera were rock solid in defense.

Key to success: Teamwork made the dream work during the team’s playoff run, so expect a balanced attack tonight. LaBonta and fellow midfielder Kate del Fava scored in the Current’s win over the Dash, while Loera and forward Kristen Hamilton did so against the Reign. They’ll need to continue to spread the wealth vs. a stalwart Thorns defense.

The backdrop: One of the NWSL’s most consistent squads returns to the final for the first time since 2018, with eyes on becoming the league’s first team to win it all three times. And they’ll be doing it under new leadership — former player Rhian Wilkinson is now the coach, while her ex-CanWNT teammate, Karina LeBlanc, is in her first year as general manager.

Key to success: A stacked roster got the job done against the Wave in the semis, with Dunn and midfielder Rocky Rodríguez scoring to clinch the win. Defender Natalia Kuikka and midfielder Sam Coffey will need to help set the tone on the wing and in the center of the park after putting in strong shifts to ensure the team would play in D.C. tonight.

This year’s championship will take place amid increased calls for player safety following the release of Sally Yates’ report into a culture of abuse in the NWSL. Fans have turned out to postseason matches in droves, bringing signs supporting the athletes and criticizing complicit leaders who let the abuse go unchecked.

Nowhere was the sentiment felt more than Portland. The Thorns’ loyal fanbase has spent more than a year protesting against owner Merritt Paulson for covering up abuse by ex-head coach Paul Riley, as well as discriminatory conduct from former execs Gavin Wilkinson and Mike Golub.

So show up they did. The second-largest NWSL playoff crowd turned up at Providence Park last week, but not before planning their next act. Two days before the game, supporters formed Onward Rose City and launched a community-ownership bid to acquire the club from Paulson.