May 13, 2021
The GIST: The NBA is bringing back the fan-favorite, but not player-favorite play-in tournament, so here’s “the gist” on it as we head into the final weekend of the NBA’s regular season.
Sports NewsBasketball 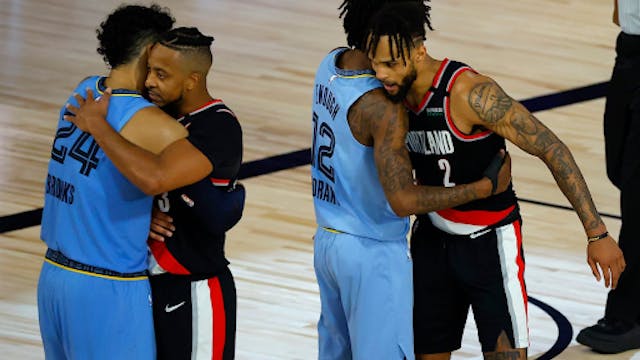 The tournament: Introduced during last season’s bubble, the play-in tournament has been expanded this year so that four teams — the seventh through 10th seeds at the end of the regular season — from each conference participate.

Locked in: Five teams have already punched their ticket to the play-in tournament which starts on Tuesday, May 18th. In the East, the Boston Celtics, Charlotte Hornets and the Indiana Pacers are locked, and in the West, it’s the Golden State Warriors and Memphis Grizzlies.

On the bubble: Several teams sit on either side of the anxiety-inducing play-in bubble. The LA Lakers, for example, currently sit in seventh in the Western Conference. A few wins this weekend could bump them into sixth place and allow them to avoid the play-in, but status quo means they’ll play the No. 8 seed next Tuesday.