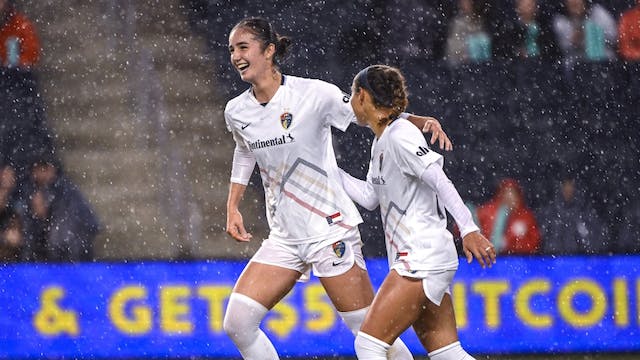 The GIST: While some leagues’ playoffs are just picking up steam, the NWSL’s Challenge Cup is ready for its curtain call. And a standing ovation is necessary, given the drama that’s happened and yet to come.

Wednesday’s semifinals: In the first semi, the Washington Spirit beat OL Reign in a nail-biter. OL Reign was denied a penalty kick (after the Spirit’s intergalactic handball) that could’ve broken the 0–0 stalemate late in regulation time. But instead, the game went into a 10-round penalty shootout with the Spirit eventually taking the dub. Still reeling.

Tomorrow’s final: It all comes down to this. The Courage — a rebuild team flying through the usual growing pains — host the 2021 NWSL champ Spirit at 1 p.m. ET. There’s only one question left — who you got?