July 20, 2020
Remember when we told you (more than once) that the North Carolina Courage were the heavy favorites to win the NWSL Challenge Cup? Well, about that...
Sports NewsSoccer 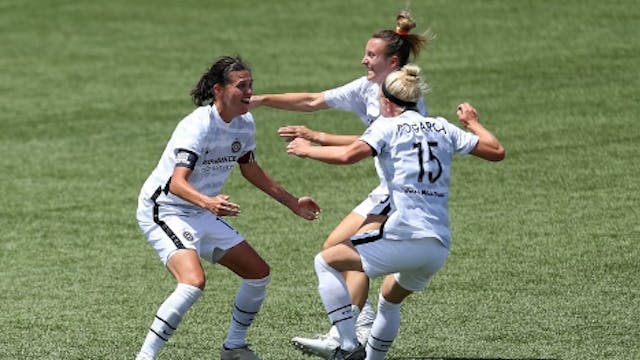 The GIST: Remember when we told you (more than once) that the North Carolina Courage were the heavy favorites to win the NWSL Challenge Cup? Well, about that...

What happened?: After absolutely owning the group stage of the Cup, the first-place Courage faced the last-place Portland Thorns FC in the quarter-finals...and lost. Morgan Weaver scored the lone goal for Portland to win 1–0 in the most unpredictable upset of the tournament. This must be what Drake was singing about.

So what now?: Now we look ahead to Wednesday’s semifinals. Portland will face Houston Dash, who qualified fourth in the group stage, in the daytime match at 12:30 p.m. ET. And for our nighttime entertainment, Sky Blue FC will take on the Chicago Red Stars at 10 p.m. ET.

Any MLS news?: We’re at the tail end of the MLS Is Back Tournament’s group stage, and a few teams are on the chopping block. A must-watch match this week? Toronto FC vs. New England Revolution tomorrow morning at 9 a.m. ET. Should be a banger.