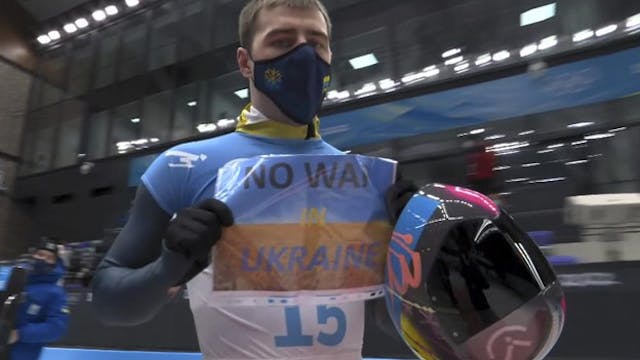 The GIST: As the Russian invasion of Ukraine continues, so too does the fallout across the sports world, with governing bodies slow to respond despite athletes’ pleas.

The latest from FIFA: After Poland, Sweden and Czechia refused to play against Russia in their upcoming World Cup qualifying matches, FIFA responded meekly, opting to move games out of the country to a neutral site while still allowing Russia to compete as the “RFU” (Russian Football Union), despite calls for a total ban.

Elsewhere: The International Olympic Committee (IOC) has been similarly disappointing in their response. Though they condemned the invasion as a violation of the Olympic Truce and urged sports bodies to cancel events in Russia and Belarus (a Russian ally), they’ve neglected to take direct action against the countries themselves.

On the ground: While governing bodies waffle, Ukrainian athletes are experiencing the impacts of war firsthand. Tennis player Dayana Yastremska shared the harrowing story of fleeing to France while her parents remain in Ukraine.