October 12, 2022
More than a week after an independent investigation detailed systemic abuse in the NWSL, many are increasing the volume on calls for change.
Sports NewsSoccer 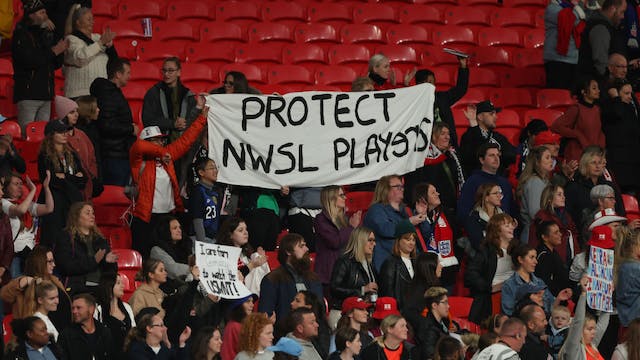 The GIST: More than a week after an independent investigation detailed systemic abuse in the NWSL, many are increasing the volume on calls for change. The league’s most scrutinized clubs saw even more operational shakeup over the long weekend, and brands started cutting off relations with complicit owners.

The sponsors: Oregon-based loan company Directors Mortgage pulled the plug on its partnership with both Portland teams last week, while longtime jersey sponsor Alaska Airlines paused its relationship with the club on Sunday. Notable paint brand Sherwin-Williams suspended its deal with Racing Louisville on Friday.

Zooming out: As divesting from abusive organizations becomes an industry standard for sponsors, Sherwin-Williams and Alaska Airlines are sending money straight to the players, blueprinting an approach that feels particularly appropriate in women's sports. The right way to leverage financial power.